Burkburnett police officers committed a series of errors on March 10, from the time they responded to a disturbance call that evening to the time they found 22-year-old Marcus Johnson dead, hanging in a jail cell.

The mistakes were revealed in an internal investigation report obtained by the Times Record News through an open records request. Documents show a police department in a “state of confusion,” compounded by a lack of leadership and non-adherence to rules regarding the treatment of prisoners.

The investigation found that a Burkburnett police sergeant “left the officers on duty in a state of confusion,” which “probably extended Johnson’s stay in the holding facility.” Another officer was found to have denied Johnson the opportunity to take his antipsychotic medication, despite being told by Johnson that he suffered from several mental disorders and had tried to commit suicide just three weeks earlier.

After being left alone and unmonitored in a jail cell for two hours, an officer found Johnson had hanged himself to death using the drawstring of his pants.

One officer, Daniel Elbaum, was suspended for one day in connection with the incident. Another officer, Matt McDonald, was reprimanded, and a supervisor, Sgt. Zac Leonard, received a “letter of counseling.” No other disciplinary action was taken by the department.

Burkburnett police were called to the scene of a disturbance in the 200 block of South Avenue B about 6 p.m. March 10, records show. An anonymous female caller told a dispatcher that people were knocking on the door of her home, “saying something about money,” and that they might be armed.

Police were dispatched to the address. Leonard arrived first, followed by officers McDonald and Elbaum. Officer Roy Mullens showed up last. They found three people in a car nearby, among them Johnson.

After searching the vehicle and questioning its occupants, police found Johnson to allegedly be in possession of a fake ID and Social Security card. No weapons or other illegal items were discovered in the car. Johnson was handcuffed and taken by police to the Burkburnett city jail, which serves as a holding facility while prisoners await transfer to the larger Wichita County Jail.

But an investigative report shows a fractured response by police to the disturbance — no officer had a clearly defined role, and at least two procedural guidelines were broken at the scene by a supervisor. As part of the investigation, a Burkburnett police lieutenant interviewed the officers present at the time Johnson was arrested.

One recurring theme of the questioning was the “community effort” aspect of Johnson’s arrest. McDonald handcuffed the man while Leonard told Johnson what offense he was being charged with. A third officer, Elbaum, was tasked with taking Johnson to the jail.

McDonald later told the investigator “it’s not uncommon” for Burkburnett police officers to arrest people in such a way. In her notes, the investigator wrote that Leonard, who was in charge of the scene, “showed a lack of due diligence as an effective supervisor” during the arrest and later.

Leonard also allowed a woman who was potentially a suspect to remain on her cellphone nearly the entire time police were at the scene, which “showed a lack of good law enforcement judgment.” Leonard failed to search the woman for weapons, despite the initial complainant telling a dispatcher she believed the people knocking on her door were armed, documents indicate.

The officers later gave differing accounts of why they were called to the address. One said there was a disturbance over stolen money; others said there was a dispute regarding baby or maternity clothes. After Johnson’s death, a witness told police someone in the car was seeking narcotics.

The fragmented approach to Johnson’s arrest continued when the man was brought to the city jail. Elbaum, who was in his patrol car and out of earshot when Leonard decided to arrest Johnson, ultimately was the officer charged with booking Johnson into the jail and writing a probable cause affidavit to justify the arrest.

Shortly after returning to the jail, Leonard left work for the day — he wanted to take some time off. McDonald later left too, as he was taking someone on a “ride-along” in his patrol car. That left Elbaum in charge of handling Johnson, though “Officer Elbaum was never informed of what Johnson was being charged with until after Sgt. Leonard left for the evening. Officer Elbaum did not know he was responsible for completing the paperwork on Johnson until after Sgt. Leonard left …” the investigator wrote.

Elbaum began booking Johnson into the jail about 6:20 p.m. Johnson told Elbaum he had attempted suicide three times before, most recently three weeks ago. He had just been released from the North Texas State Hospital on March 1, a little more than a week before.

Johnson told Elbaum he had once tried to kill himself by cutting his arm. Elbaum asked if Johnson was depressed, then told Johnson he had previously worked in the medical field and had knowledge of mental illnesses.

Elbaum asked Johnson if he was feeling suicidal, to which Johnson said no.

An autopsy report notes that Johnson suffered from bipolar disorder, though the man’s mother told police he was manic-depressive. A test conducted at the time of autopsy showed traces of methamphetamine and amphetamine in Johnson’s blood.

Elbaum allowed Johnson to call his mother, and during the phone conversation, Johnson began to cry.

“At one point, Officer Elbaum advised Johnson to calm down. Johnson told Officer Elbaum that his mom said Johnson was mental and that he needed medicine … she said I need to go to the state hospital or something, because he did not have his medicine,” the report reads.

At 7:37 p.m., Elbaum returned a call from Johnson’s mother, “who advised that her son needed his medicine and that she had to administer it to him because of his IQ being low. (She) stated that he just got out of the state hospital and that he is in and out of the hospital.”

Elbaum told her she may be able to give her son his medication once he was taken to the Wichita County Jail, to which the woman “told Officer Elbaum she knew Johnson had a right to take his medication.”

Still, for unknown reasons, Elbaum refused to allow her to bring Johnson the medication. The lieutenant who conducted the internal investigation noted there is no city policy preventing prisoners from taking medication that is prescribed to them.

A review of the jail’s surveillance video shows the last audible sounds from the holding area came at 8:43 p.m. But McDonald closed the door to the holding area more than an hour before, “which would have muffled any sound.”

At 9:21 p.m., two hours since any officer had seen Johnson alive, McDonald went to check on the prisoner, finding that Johnson had hanged himself from the bars of his jail cell using the drawstring of his pants.

McDonald called for help, and Elbaum and a constable who happened to be at the jail performed CPR on Johnson while waiting for an ambulance to arrive.

It was too late. Johnson was dead.

‘Why weren’t you watching him?’

Both Elbaum and McDonald were found to have violated city policy by not checking on Johnson at least every half-hour, the internal investigation found. The policy states inmates who are suspected of being suicidal or having “mental issues” should be monitored even more closely.

In an interview with an investigator, Leonard said he understood the policy but didn’t find the half-hour checks to be especially useful.

“Sgt. Leonard didn’t think there was any way of stopping (a suicide) because they could hang themselves in one minute, then hang there 29 more minutes,” the investigator wrote.

In his internal affairs interview, McDonald appeared to have a more lax interpretation of the policy, saying he thought inmates should be checked on “every 30 minutes unless the work load permits.” McDonald said if he had suspected Johnson was suicidal, he would have “gotten him straight out of here,” presumably to a mental health official.

He then told the investigator he felt he had done nothing wrong “and that he went above and beyond… McDonald stated that he didn’t feel like he violated any policy.”

Of the officers interviewed, Mullens had the most flexible interpretation of the prisoner monitoring policy: “The 30-minute check? Yes, when time allows,” he said.

Elbaum initially was hesitant to speak to an investigator about the incident, asking if he should have an attorney present for the interview. He eventually agreed to participate with the investigation.

Elbaum described Johnson’s arrest and booking, noting that he asked Johnson what medication he takes. Elbaum recorded on Johnson’s book-in sheet that the man suffered from depression, anger problems and bipolar disorder.

After booking Johnson, Elbaum reportedly began to write a probable cause affidavit for the arrest. Leonard had told Elbaum to charge Johnson with third-degree felony forgery for allegedly carrying fake IDs, which was problematic, because when Elbaum looked up the criminal statute for forgery, it didn’t appear to reflect what Johnson was suspected of having done.

“Officer Elbaum stated he called Sgt. Leonard and told him he needed help because he didn’t think the elements of the crime were there,” the report reads.

Elbaum was still trying to figure out how to charge Johnson when he returned a call from the man’s mother, telling her she couldn’t bring Johnson his medication. She’d have to wait until he was transferred to the county jail, Elbaum said.

It appears he did not check on Johnson once during that entire time.

“Other than working on reports, Officer Elbaum has no reasoning as to why he did not conduct an observation of the prisoner as often as necessary,” the investigator wrote.

In the interview, Elbaum made reference to an interdepartmental memorandum issued by the city on Jan. 26 advising officers to monitor prisoners at least every 30 minutes. He suggested to the investigator that officers check on prisoners more frequently, but added that “in an incident like this, five minutes was enough time for someone to accomplish this.”

The report does not indicate that any of the officers who were interviewed expressed any remorse about Johnson’s death.

At 10:42 p.m., Johnson’s mother called the jail again, asking when her son would be transferred to the county jail. He really needed the medication, she said, adding that she wanted to drive from her home in Wichita Falls to Burkburnett to deliver the medication.

She did not know at the time that her son had already been found hanging in his jail cell.

A dispatcher transferred the call to a police lieutenant, who told Johnson’s mother that they needed to speak in person.

“(She) suspected that something was wrong with Johnson and began to ask if he was okay and if he was alive. She began to scream into the phone…” a report reads.

Burkburnett police traveled to the woman’s home to tell her, her husband and Johnson’s sister that Marcus Johnson was dead.

“Everyone became upset,” the report says, “and (Johnson’s mother) fell to the ground and stated that she could not breath.”

The family told police to leave, but not before demanding the answer to a question: “Why weren’t you watching him?” 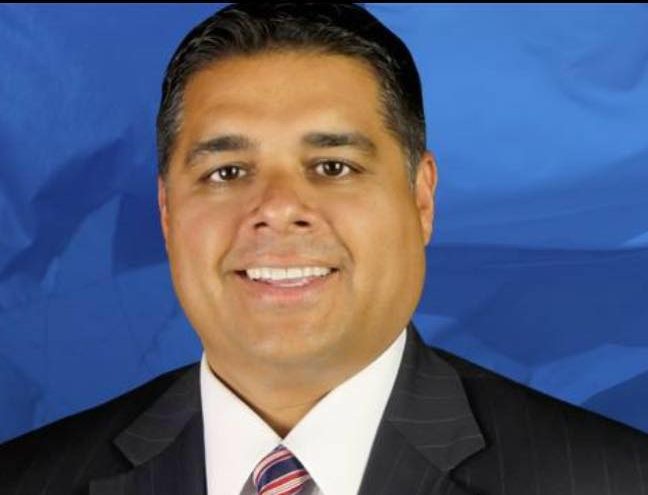